It's time for another Sketch Challenge at MFT and this time I had some fun with three adorable little dogs, one of whom is doing his good deed for the day by retrieving the ball the silly puppy on the top floor dropped! 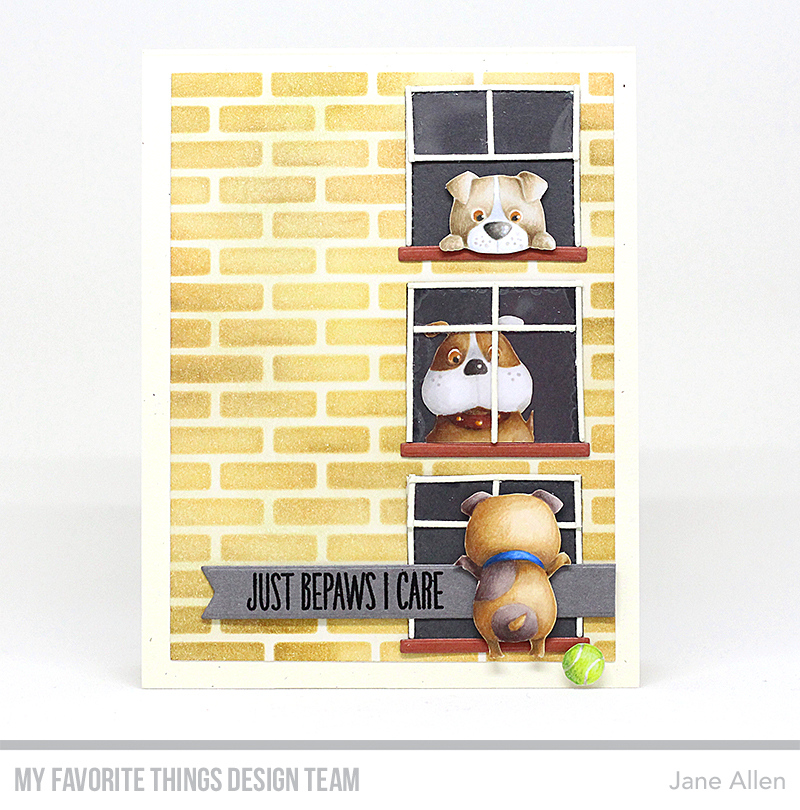 The A2 card base is made from MFT Primitive Cream cardstock.  With the background being created using the MFT Small Brick Wall stencil and various Distress inks: Antique Linen, Brushed Corduroy, Gathered Twigs and Tea Dye.

As for the windows, they started out as squares of Steel Gray cardstock cut using a Stitched Square die.  The window sills were created using Brick Red card and part of the Birdhouses die set.  The beautiful narrow slithers of card were made using a die from the Bundle of Baby Clothes set and more Primitive Cream cardstock, which were then adhered to pieces of acetate to give the appearance of windows, both closed and open.

The sentiment, from the Lucky Dog set was stamped with Versamark and heat embossed with black embossing powder.  When dry it was cut using an Essential Fishtail Sentiment Strip.

It was all glued using Multi Medium Matte apart from the rear facing dog, puppy and ball that were adhered using foam pads for a little added dimension.

Well, now it's your turn, why not have a go with the sketch below for your chance to win a $50 MFT store voucher.......just think of all the goodies you could treat yourself to! 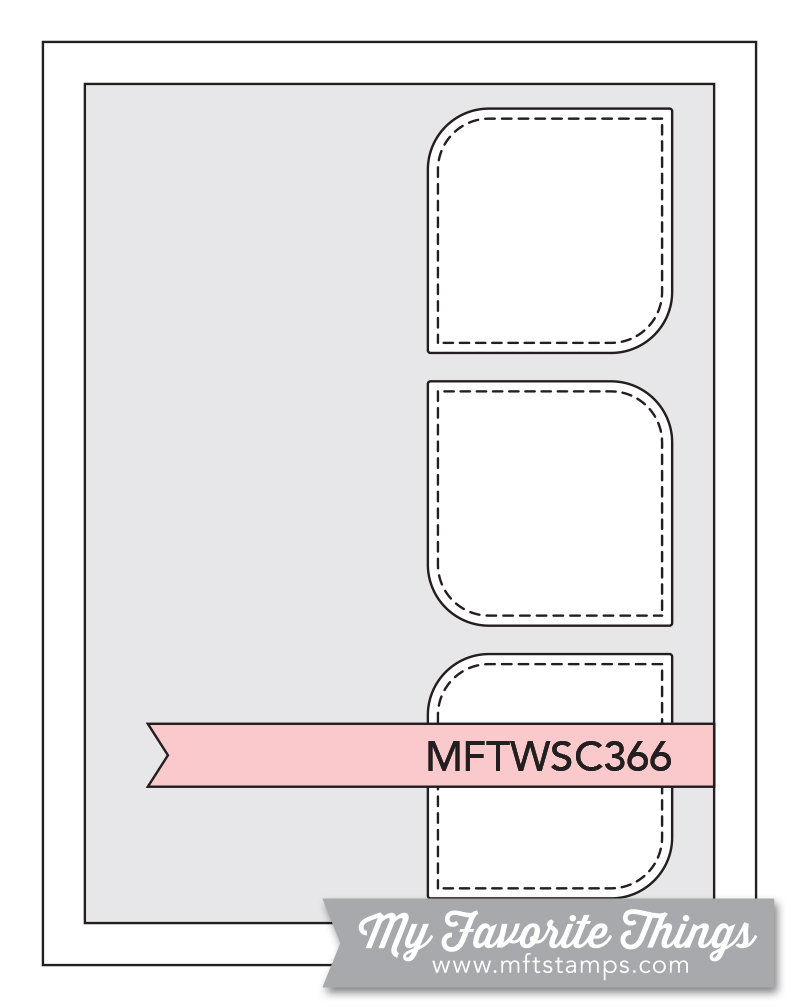 Those chubby little puppies are so cute!