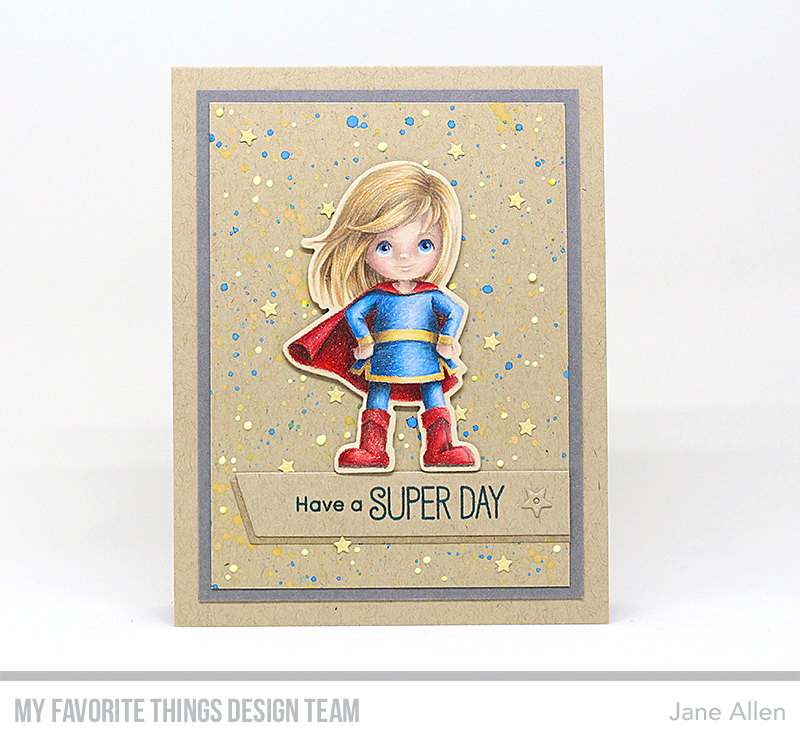 I just love this! I'm really happy about about this re-release as well!!

Awesome Super Girl, great pencil coloring! Love the background, makes it look like she is out in the galaxy somewhere!

Your coloring is stunning! I love the background you made with the splattered too.

Hi Jane, I saw your card in MFT's promo email. Did you draw her face yourself? Did you use a different stamp for her face? She's stunning. Thanks.

To answer your question Irene, I drew her face by hand myself.......I am so glad you like her.